By webmasterMarch 9, 2020Blog
No Comments

Following the dramatic Lombardy Lockdown on Saturday night it was inevitable that markets would open in chaos on Monday given how they’d ended the year priced for perfection.  By lunchtime Monday, March 9th oil had collapsed in price reflecting a competitive scrap between Saudi and Russia and expectations of demand declines.  In practice cheaper oil may help soften what’s coming. 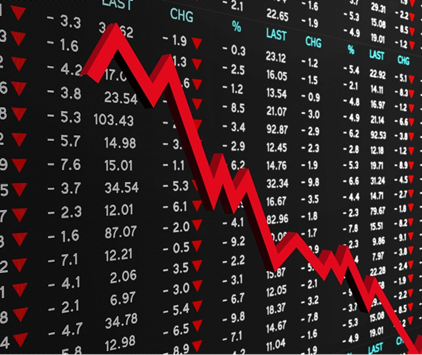 The key US 10-year bond which we regularly report headed south falling below 0.5%, the 30-year falling under 1%.  In short, the bond market is yelling recession and not just from last week’s US Fed rate which failed to stop the rout.  The Central Bank medicine sought by Trump to bolster his re-election chances evaporated long before the Italian Government quarantined a quarter of its population, including its financial capital.

Stock markets by Monday morning were having a torrid time, the Australian market down -7% overnight with European markets opening with similar losses.  At the heart of this is the risk of a rolling series of Lombardy-scale Lockdowns and the collateral economic impacts.  The IATA is already putting losses facing the Airline Industry at close to €100bn.  It is likely only the beginning.

We have been de-risking client fund portfolios for several years unconvinced by the resilience of the global financial system which sits atop the economy to absorb shocks because of the scale of debt build up.  What no one foresaw was that the event which would expose this fragility would come from a bat virus, but it looks like this is what is happening.  The position is fast changing, forecasts are leapfrogging downwards so no one can yet call how all this may work its way through.  No doubt there will be pleasant and unpleasant surprises, and we can only hope that the best medical experts in contagious disease control and in vaccines can get ahead of it, but whatever happens, a large part of recovery out of the GFC looks like it will be clawed back.

For those following our bulletins and readers of the book, The Pivot, the economic impact of Covid-19 will come as no surprise.  This is because the global financial system which serves it, has been distorted by extreme monetary interventions by Central Banks.  It is today in structural terms, fragile and highly unstable.  Adding ever more debt to the excessive debts that caused the GFC was always a high-risk strategy that presupposed it would create a growth premium and lift the global economy out of the debt vortex it had created by 2008. 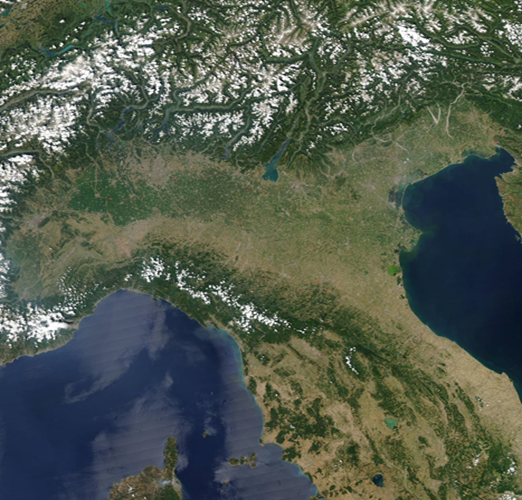 What we are now facing is a repetition of the Lombardy Lockdown rolling throughout the world economy, shutting down discretionary spending by consumers and disrupting supply chains.  This means that revenues for businesses fall off a cliff quite literally, revenues used to pay wages and finance bank loans.  It means very serious crises for companies hit by the impact but without the reserves to weather hit, while weakened banks pull their supports.

No.  It is self-evident that monetary tools cannot stop what appears to be a global pandemic.  Dropping borrowing costs (USA) or thinking of crediting cash into consumer bank accounts (ECB) won’t work, not until the fear passes.  The unmentioned problem is that crushing interest rates and buying up securities at prices no one would pay also known as Quantitative Easing (QE) started to run out of steam before Covid-19.  QE has been producing a negative return on economic growth per billion for quite some time.  It also created addiction.

The unintended consequence is that much of the cheap capital wasn’t used to drive up productivity and create invention but instead to finance share buy backs and carry trades. It didn’t improve the resilience of the global economy, it weakened it. Before Covid-19 the global economy was cooling anyway.

What started off as a noble idea, albeit one founded on the controversial efficacy of Keynesian economics, became an addiction, the cure became the problem.  You’ll understand the point when you look at Trump; in an economy going gangbusters with full employment he ran his Presidency by further deficit spending, adding ever more debt and yelling at the Fed to cut rates to encourage consumers to borrow and spend.  Trump bought his popular support by getting taxpayers to carry higher national debt.  He now faces a sharply falling stock market and an economy that could still experience recession just as he’s appealing to its voters in the Autumn.

Roll forward to 2020 and global debt has breached $250 trillion that is 3.2 times global GDP, much of it financed at rock bottom interest rates.  Sitting within this are fine companies, strong businesses, well governed countries but like any bubble, it is only as strong as its weakest spots and this is the everywhere bubble.

In the undergrowth are a lot of highly leveraged Corporates who can neither sustain a rate increase nor a collapse in revenues because they do not have cash buffers and should have been naturally deselected by better companies years ago.  Then there are the countries like Italy (failure to reform) and Australia (stoking a housing bubble) that are at elevated risk.  You will see this effect as the insurance against the default of corporate credit explodes higher for those most vulnerable to it, before it loops back into banks.

Contrast European bank balance sheets to those in the USA and the differences are stark.  The Eurozone banks continue to hold a huge legacy of Non-Perming Loans (NPLs) from the last crisis and ECB negative interest rate policies haven’t helped them repair their strength.  This is widely seen in the failure of share prices to recover, led by Deutsche Bank to whom, ironically many fled in the GFC.

Post the foundation of the Financial Stability Board (FSB) in 2009 next time around banks, other than those of highest systemic importance, will be allowed to fail.  These won’t be rescued by taxpayers and will face deposit haircuts, see Cyprus 2012.

Be quite clear this means that not all banks are safe in this climate.  At particular risk will be vulnerable Italian banks which could be enough to trigger a contagion across the Eurozone.  Once again bank credit ratings and bank ownership will become critical.

Impossible to tell, it depends on the quality of a coordinated global response which looks inevitable.  As ever it depends on how deep and wide this escalates and if it threatens a global recession which is possible given growth estimates are already just 1%.  Even if this doesn’t go negative it masks countries falling into localised recession. That means a surge in social protection and other safety nets coming for countries at a difficult time, an impact that could blow out borrowing costs.

This time Central Banks are out of room for manoeuvre so the heavy lifting will have to come from national Governments in stimulus programmes but that means adding to debt loads. Heavily indebted countries will find credit markets pricing against them and bailouts may be required at the extreme.

There are two ways to answer this, the diplomatic way that fudges it or the truth.  The truth is that if you haven’t already absorbed the warnings about grossly inflated values in risk assets and chose not to follow a diversified strategy that combined risky with non-risky assets, there isn’t a lot you can do to recover your losses other than wait it out. Whipsaw in trading is today run by machines leaving the savvy day trader the stuff of Hollywood thrillers.

The other part of the answer is that there isn’t a silver bullet.  Banks are at risk of default if the banking system catches a contagion from zombies and parts of the traditional safe havens, the Government bond market is artificially supported by Central Banks buying Government credit.  Since the GFC we’ve preferred Global Inflation-Linked Bonds for two reasons, firstly Governments are safer than banks because when they run out of money they raise taxes and linking to inflation makes a heap of sense if Central Banks continue to leave the spigots open because at the end of all of this is debt monetisation through inflation.

In absolute terms they are not.  Governments will breach these in extreme circumstances.  What is unsafe is holding deposits higher than the guarantees in weak banks with poor credit ratings.  This is high risk and should be addressed before we face the next liquidity events.

Yes, if this develops into liquidity events, this happens when too many depositors want out and to cover the spike in cash withdrawals a bank goes to the Inter-Bank market or to the overnight market and finds it cannot get the money, that is priced out.  Where this happens in isolation you could see a spike in interest rates like the REPO market in the USA in Sept last.  In a classic restructure, a bank shutdown would occur at close of business on a Friday, thus locking in depositors while the bank restructures over the weekend.  Monday can bring new owners, new terms like lock-ins or worst-case scenario, haircuts.

We’ve been adding gold to client accounts since 2004 when it was trading at about €300 per ounce.  Gold is helping clients today because it has risen fivefold since and so long as Central Banks keep the spigots open, gold will trend higher against all paper-backed currencies, but it is volatile.  Gold is always expensive, that’s the point.  The current gold price reflects its value.  Gold can be acquired through physical gold storage and I favour vaults in Zurich so it cannot be appropriated by the Irish Government or as gold-backed funds or certificates.

If you need help do contact us, we love new clients.